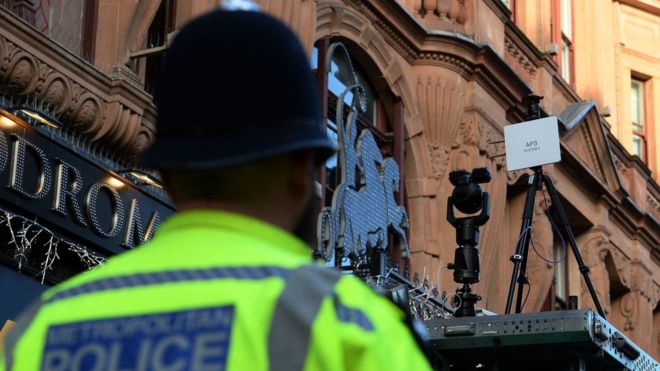 The Metropolitan Police has announced it will use live facial recognition cameras operationally for the first time on London streets.

The cameras will be in use for five to six hours at a time, with bespoke lists of suspects wanted for serious and violent crimes drawn up each time.

Police say the cameras identified 70% of suspects but an independent review found much lower accuracy.

Privacy campaigners said it was a “serious threat to civil liberties”.

Following earlier pilots in London and deployments by South Wales Police, the cameras are due to be put into action within a month.

Police say they will warn local communities and consult with them in advance.

Cameras will be clearly signposted, covering a “small, targeted area”, and police officers will hand out leaflets about the facial recognition scanning, the Met said.

Assistant Commissioner Nick Ephgrave said the Met has “a duty” to use new technologies to keep people safe, adding that research showed the public supported the move.

“We all want to live and work in a city which is safe: the public rightly expect us to use widely available technology to stop criminals,” he said.

“Equally I have to be sure that we have the right safeguards and transparency in place to ensure that we protect people’s privacy and human rights. I believe our careful and considered deployment of live facial recognition strikes that balance.”