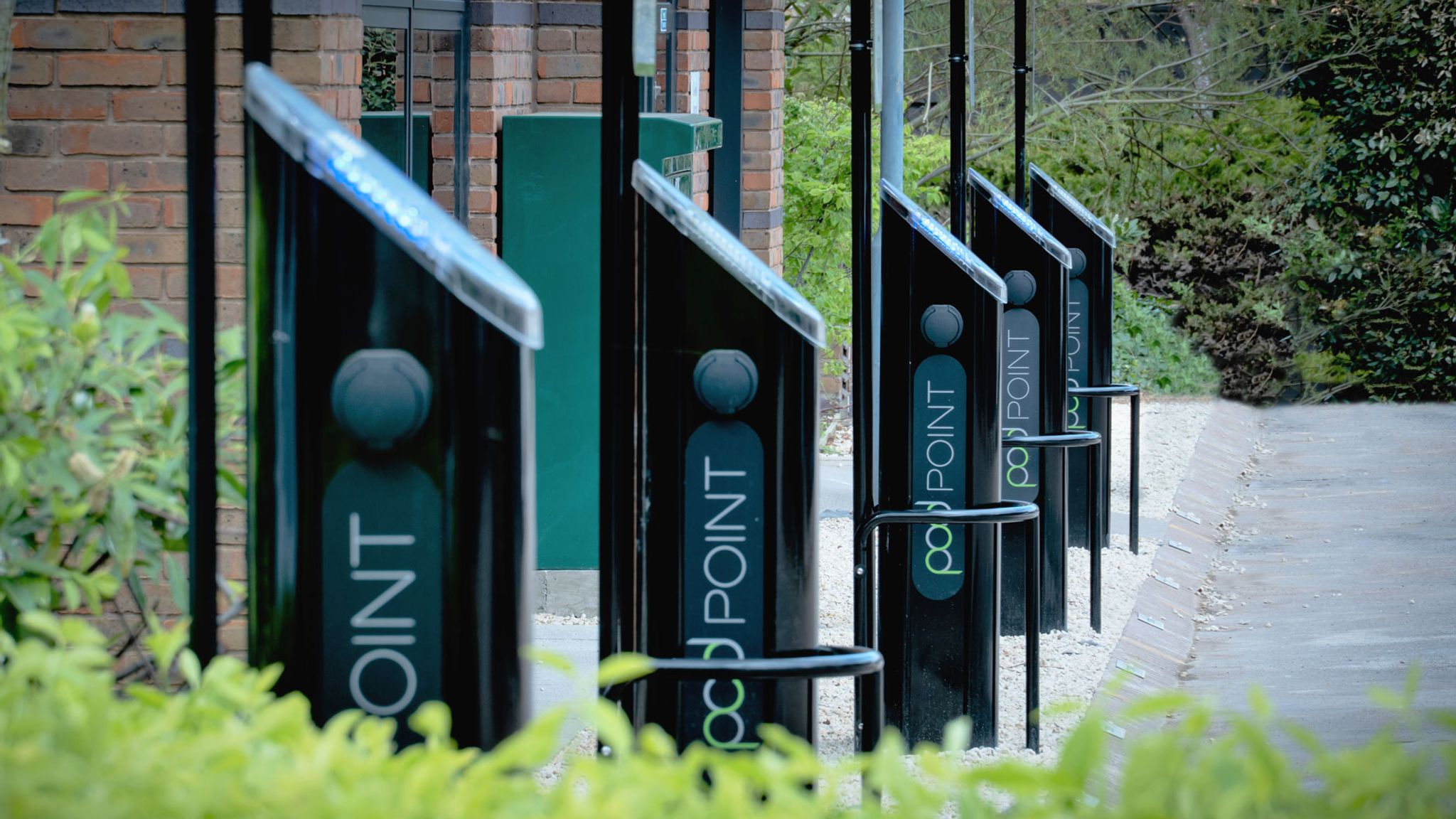 Researchers say the annual rate of installations must increase from 7,000 over the past three years to 35,000 over the next 10.

The rollout of electric vehicle charge points must become five times quicker to support the upcoming ban on new petrol and diesel cars, according to new research.

Its report said the UK will need 400,000 public charge points when the sale of new conventionally-fuelled cars and vans is banned in 2030, up from 35,000 currently.

To reach this total, the annual rate of installations must increase from around 7,000 over the past three years to 35,000 over the next decade.

Researchers recommended the government should issue contracts to private firms to install charge points in areas where they are sparse.

This would mark a switch from the existing policy of offering grants, and would be similar to offshore wind farm auctions.

“We’re concerned about patchy deployment of charge points, which runs against the government’s plans for levelling up and a strong and connected Union.”

He announced a further £20m of funding for local authorities to install 4,000 more on-street charge points across the UK.

These will allow residents without access to off-street parking to charge their vehicles.

In November, Prime Minister Boris Johnson brought forward the ban on sales of new petrol and diesel cars and vans from 2040 to 2030 as part of his “green industrial revolution”.

He also pledged to pump £1.3bn towards charging infrastructure over the next four years.

Data from the Society of Motor Manufacturers and Traders shows battery electric models took 17% of the new car market in 2020, up from 3% during the previous 12 months.